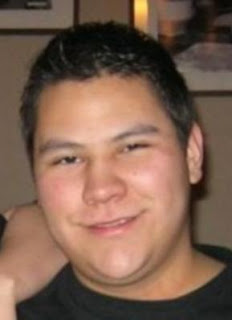 Well this is interesting. There has been a murder in Kamploops some claim is tied to the Redd alert gang which some claim started in Regina and has expanded to Edmonton. The local paper confirms that the Redd Alert is the only real gang presence in the town.

Archie LePretre, 23, was killed Tuesday afternoon while playing basketball with his cousin outside Stuart Wood elementary school. LePretre, who is from Vancouver, and his cousin, a 23-year-old from Kamloops, were confronted by three men wearing gloves and bandannas and carrying knives and a baseball bat. Both LePretre and his cousin suffered blunt-force trauma. LePretre died after emergency crews spent about 30 minutes working on him in a corner of the court.

If the suspects were also all First Nations men in their early ‘‘20s wearing bandannas, it's pretty clear which gang they are with. Our source claims both parties were members of the Redd Alert gang just different levels. It certainly wouldn't be the first internal conflict within the gang.

Another source claims that Dennis Sinclair AKA Crewboss was a former President of RA in Edmonton. Sinclair was savagely beaten in May of 2006 inside Edmonton Remand Centre, by fellow Redd Alert members Louis Paquette, Craig Drynan and Ronald Crane, who each pleaded guilty in October to aggravated assault.

Douglas Jensen who prosecution say claimed to be a member of the Red Alert Street gang in Kamloops, was denied bail when he was charged with breaching a restraining order prohibiting him from contact with his sister and threatening her daughter. The Tk’Emlups Indian Band has banished Jensen and one of his friends from band lands.

Jensen has 58 convictions, including eight convictions for violence. He’s been convicted 50 times while he was under sentence for other crimes, and has several breaches of bail and other court orders. Defence lawyer Don Campbell told the court there is clearly conflict in the Jensen family, but his client denies the allegations made by his sister and adamantly denies he is a gang member.

Redd Alert is an aboriginal Alberta-based street gang wear red bandanas and have a presence in prisons throughout the Prairies. The gang is also an acknowledged part of the drug world in Alberta. The gang surfaced in Kamloops in 2006. During a press conference late that year, RCMP showed off assault rifles, swords and gang patches seized in a drug raid. Redd Alert is present throughout the province, including Williams Lake and Prince George.

Let's see, if they wear a red bandanna and are in PG, I wonder who they are affiliated with? Since they are responsible for First Nations violence on First Nations, I wonder if they know anything about who burned down Joey Arrance's tattoo shop and who killed his girlfriend's mother? Joey is First Nations and has been targeted by someone.

So who is festering violence between First Nation brother and First Nations brother? Or in once case First Nations sister. If drugs are involved, how can the Hells Angels not be involved? Kamloops is a pretty small town and this Douglas Jensen appears to be a prolific offender. No doubt he could have some knowledge about who killed Archie LePretre. Since he has been banned from the reservation for his crimes and even has a restraining order preventing him from harassing his own sister which he broke, perhaps the Tribal Elders could conduct an investigation into this brutal murder.

A week earlier there was a stabbing in Kamloops but the victim isn't talking because he believes it might have something to do with the fact that he owes someone money and doesn't want to upset them. Money from drugs perhaps?

The courts determined that Redd Alert associate Travis Bobroske "probably" attacked another man Feb. 1 and stabbed him seven times. The victim was associated with the UN. So tell me again how the Hells Angels are connected to the Bacon Brothers? I'm getting confused. Oh right, Larry Amero's friends are friends with friends of the Bacon brothers. Just how deep does the rabbit hole really go?