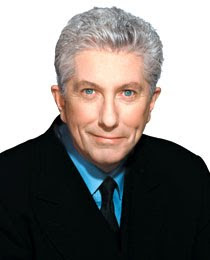 Three cheers for Gilles Duceppe - Harper's new truth cop. He pointed out that Harper's hell fire babbling about an evil coalition, aside from not making sense, is very hypocritical since Duceppe produced a letter signed by Harper, Stephane Dion and himself forming a coalition back in 2004.

Like I said before, there is nothing wrong with coalitions. In fact in a minority government there has to be some kind of coalition or the party with the most seats can't form the government. The funny thing is Harper's complete double standard with his absurd ramblings about an evil coalition against him.

The Harper starts to waffle and says he didn't remember calling it a coalition and he think sit was more of a co opposition. Duceppe remembers Harper using the word coalition. Whatever they called it, Harper is full of sh*t.

Clearly Harper should be doing more listening and less talking because the more talking he does, the less credibility he has. Hey Ronnie, is this letter enough supporting evidence for you? The Metro Vancouver ran a fitting Editorial Cartoon about it.