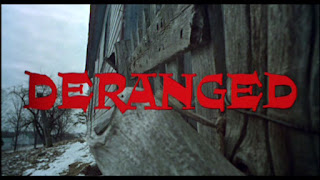 Three men have been charged after a woman reported she had been sexually assaulted at a Fir Street address in Prince George.

RCMP in Prince George started their investigation into the alleged sexual assault on March 24th. Police responded to a residence in the 1500 block of Fir Street believed to be the club house for the Renegades motorcycle gang.

The following morning, Prince George RCMP located and arrested a third suspect, 31 year old Pion Associate #3 of Prince George. Pion #3 is alleged to be an associate of the Game Tight Soldiers in Prince George.

What the hell is Administering Noxious Thing? Is that date rape drug? Three men charged with sexual assault? WTF was that a gang rape at the Renegades clubhouse? In the tradition of Mom Boucher I suppose. He served 40 months for armed sexual assault. Boyd is "linked via police files to Hells Angels members in the Lower Mainland." And then there was Dave Pickton...

Francois Meerholz, tied to the Game Tight Soldiers and the Renegades in Prince George and facing deportation to South Africa has been arrested again by RCMP.