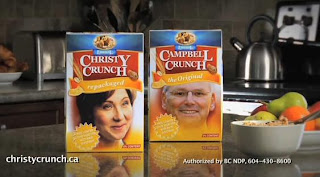 As much as I like Christy Clark, I have to admit this new add from the provincial NDP is rather funny. Christy Clark's biggest opposition is from within her own party. The MLAs don't support her the public does. That is problematic when she tries to actually accomplish something her party doesn't support when the election is over.

Right now she's handing out free candy before the election. Finally raising minimum wage when it was Gordon Campbell's liberals that froze the minimum wage for so long. Finally breaking ground on the expansion at the Surrey Memorial hospital when Gordon Campbell's liberals have slashed health care funding in BC turning hall ways into hospital rooms.

Even Gordon Campbell handed out free BC Hydro rebate cheques before one election only to drastically slash services while giving himself two huge pay raises and a gold plated pension.

I must admit the free train give away in the add was rather funny although what they did to BC Rail was no laughing matter. 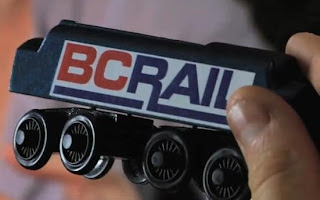