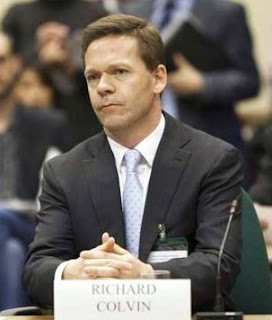 Richard Colvin was an "absolutely rock solid" diplomatic staffer who stepped up and volunteered to go to Afghanistan as a civilian representative with Canada's Provincial Reconstruction Team in Kandahar after Glyn Berry, a close friend of Semple, was killed by a suicide car bomber outside Kandahar.

When Colvin expressed concern that Canada was handing over Afghan prisoners to be tortured the Harper Government attacked and fired him. Peter MacKay, the one who point blank lied about referring to Belinda Stronach as a dog after she crossed over when he was caught on take doing so. He simply lied and denied it so that somehow makes his accusations as a foreign minister credible.

Instead of dealing with the allegations, which it turns out they already knew about, the neo cons lie and attack a real patriot who went to Afghanistan to serve his county in the memory of his friend who was killed. Shame on the Harper Neo Con Government. 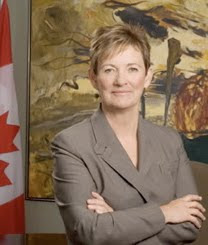 Likewise the Harper Government attacked and fired Linda Keen for blowing the whistle on an unsafe nuclear reactor built on a fault zone after the government neglected to do the necessary upgrades to keep it running. The neo con spin was the shortage of medical isotopes the closure of the reactor would cause.

Perhaps the government should have done the necessary maintenance to keep the reactor running then. Or better yet, perhaps they could make medical isotopes from one of the other operational nuclear reactors? But no, the neo cons rather create a manufactured emergency to perpetuate an unsafe reactor while they discredit and fire one of their own people. Again.

Can you see the pattern? Hide information from the public. Attack and fire whistle blowers for exposing the truth. Lie and deny any and all allegations and spin the allegations with absurd rationalizations. This is the perpetual Neo Con. BTW firing whistle blowers is illegal.

According to MacLeans, there have been at least a dozen cases: 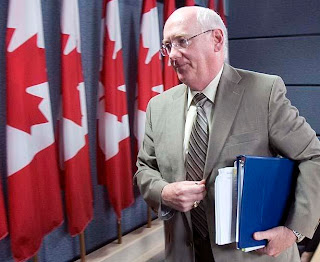 The Harper Government even fired Paul Kennedy the head of the Commission for Public Complaints Against the RCMP who investigated the RCMP actions in the taser death of Polish immigrant Robert Dziekanski at the airport.