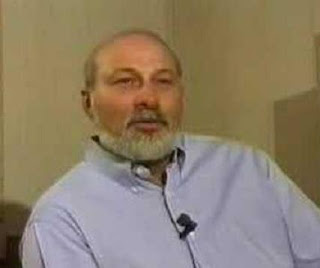 When Gary Webb's article Dark Alliance came out it created an uproar in LA. The possibility of the CIA being involved in part for their cocaine epidemic in the /80's was indeed shocking. In response to the public outcry, John Deutch, the Director of the CIA at the time held a town hall meeting in LA to address the public concerns.

At that town hall meeting, Mike Ruppert, a former LAPD officer took the mike and claimed the CIA had approached him to traffic drugs in LA and that the Agency has been dealing drugs in LA for years. Of course Mike Ruppert has subsequently under gone a character assignation like Gary Webb and anyone else other than Judge Bonner who has spoke out about any of this. Yet Mike Ruppert cited Operation Watchtower.

Although *someone* has been active on the Internet trying to bury the story and rewrite history by referencing a different Operation Watchtower, others have cited the real operation which clearly involved the CIA drugs for arms network out of Central America.

Al Martin, retired Navy Intelligence officer describes in detail what Operation Watchtower really was in his book The Conspirators.

Operation Watchtower was originally developed and built in 1976 by an elite Air Force group under the command of the Defence Intelligence Agency known as Task Force Hawk. Watchtower was a series of very powerful radio transmitters on towers with beacons on the ends of them from Andros Island off the coast of Columbia all the way up to US air space.

Aircraft could triangulate a position from the towers. The beacons created a "safe corridor." All aircraft flying through that corridor would not be intercepted. On the US end, aircraft emitting the proper frequency would not be inspected by customs.

Al Martin is of the opinion that the deal had to have had the approval of the then Panama dictator General Omar Trujillo who was paid in a Swiss bank account every month. Later Trujillo complained he wasn't getting paid enough and was assassinated and replaced by Noriega.

Colonel Edward P. Cutolo claimed there were a series of three electronic beacon towers beginning outside of Bogata, Columbia, and running northeast to the border of Panama." With the beacons in place and activated, aircraft could fix on their signal and fly undetected from Bogata to Panama, landing at Albrook Air Station.

Cutolo testified that the cargo flown from Colombia into Panama was cocaine. Cutolo claimed during the Feb., 1976, Watch Tower Mission, 30 high performance aircraft landed safely at Albrook Air Station where the planes were met by Col. Tony Noriega, a Panama Defence Force Officer assigned to the Customs and Intelligence Section. Also present at most of the arrivals was CIA Agent Edwin Wilson.

There is a lot more documented information about the time frame but my point is simple. Gary Webb wrote a powerful series of articles about the CIA trafficking cocaine in the United States of America. His article was met with rage and denial. He lost his job and documented everything in a well written book of the same name, Dark Alliance. Not to mention the testimony of former CIA Agent Chip Tatum. Chip referred to the Pegasus File which Mike Ruppert cited.

The fact is the CIA was directly involved in a huge cocaine for arms trade between Central America and Mena Arkansas. That has been documented. Oliver North was in charge of everything that went in and out of Nicaragua at the time. Only instead of rotting away in a US prison like Freeway Ricky and Manuel Noriega, they made him a FOX News host. Go figure.