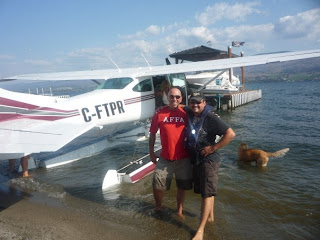 Interesting photo of David Giles and Airplane Mark. Kinda suspicious whenever a Hells Angels or associate is pals with a pilot. 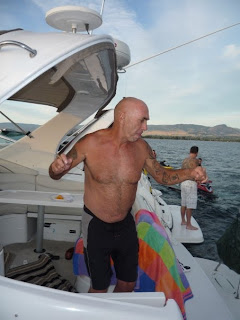 Shake that bootie Skeletor. Actually, please don't. You might wanna just put your shirt back on and wipe your drool.

After posting some pictures of David Giles someone from Kelowna contacted me and said they recognized the guy in the photo. They said they saw him at a public function wearing a Hells Angels jacket and they thought it was odd. At first they thought he was a clown pretending to be a Hells Angel. Go figure. He does look more like a Shriner than an Hells Angel. 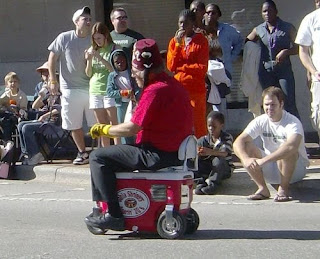