The Oil Wars have Begun

Let's start with the most obvious Oil War - the Invasion of Iraq. I remember speaking with a friend about the Invasion of Iraq and how I opposed it. They responded by saying they crashed a plane into the towers and killed innocent people. I said, that was Afghanistan, not Iraq. When Iraq was invaded there never was a claim that they were involved with 9/11.

When Iraq was invaded Bush said they had Weapons of Mass destruction. That administration said they were sure of it. Only when they invaded they didn't find any. Yet after the invasion Bush boasted "Mission Accomplished." 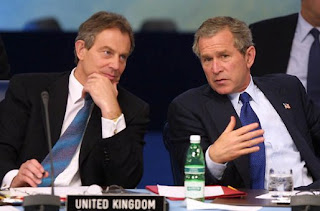 Tony Blaire was given a Congressional Medal of Honor for supporting that lie and for aiding and abetting the invasion of a foreign country. MI 6 was caught red handed giving false information to the media about Iraq's weapons of mass destruction called Operation Mass Appeal. They pretended they invaded for WMD when in reality they invaded for oil. History has made that very clear.

I am glad Jean Chretien didn't follow the Americans into that Oil War. Stephen Harper would have. So would of Michael Ignatieff. The other Oil War which is less obvious is Afghanistan. We were told at first that Afghanistan was responsible for 9/11 which everyone will agree was a horrible event.

Only the Bin Laden confession video didn't even look like Bin Laden. Prior to that invasion the Texas oil companies were wining and dining the Taliban (who were trained by the CIA to fight the Russian invasion of their country) trying to win the contract for a gas pipeline through Afghanistan called CentGas - Central Asia Gas Pipeline. UNICAL was supposed to get the contract. When the Taliban changed their mind and gave the contract to Bridas, an Argentina firm, Afghanistan was invaded and the contract was reversed.

Canada sent jets in to support a no fly zone. The Arab League supported a no fly zone. "What is happening in Libya differs from the aim of imposing a no-fly zone, and what we want is the protection of civilians and not the bombardment of more civilians,"

Indeed bombing Libya is different that establishing a no fly zone. How can you say you are enforcing a cease fire when you are bombing one side of that dispute? Your act of bombing violates that cease fire.

Western jets launch second day of bombing. That is a violation of the cease fire and and a complete deviation from the no fly zone mandate. And why shouldn't they? David Cameron was afraid they'd lose their opportunity for an invasion so they seized the opportunity. Tony Blair time a thousand.

How can we in good conscience claim that we are opposing a dictator in Libya when we refuse to do the same in Saudi Arabia? Because we like that monarchy. They let US troops stay in Saudi. Libya doesn't so we need to get rid of Gadaffi. It does reek of Imperialism. That's all it is so let's be honest and not pretend it isn't.

Let me be clear. Muammar Gaddafi is not my friend any more than Saddam Hussein is. I just think it's very important to remember what happened to Iraq and why. They said Hussein had Weapons of Mass destruction. They said they were sure of it. They didn't find any. They hanged him for using chemical weapons on the Kurds but the Americans were the ones that sold him chemical weapons. 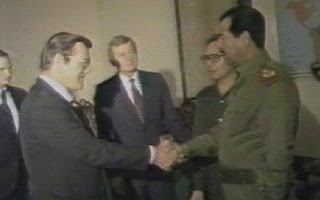