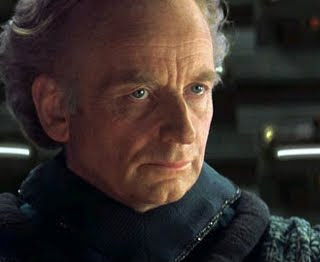 I was corresponding with someone recently and they made a reference to Ron Paul. The thought that came to my mind at the time was an interview I saw on youtube of Ron Paul referring to John McCain as a Neocon. I was surprised to hear him use the term. I've heard others use the term it just surprised me coming from him. Turns out he has spoken at great lengths about neocons in American politics.

Neocon is short for neo conservative. Only they're not conservative, they are something else. They are con artists who say one thing and do another. They say they will reduce the debt and lower taxes but they do the opposite. They are obsessed with spin, that is, they are big on propaganda.

In the United States they have Fox News, biased news reporting at it's worst. In Canada Stephen Harper is setting up a Fox News north where his spin doctors can control the media. There are many similarities between neocons and fascism.

The heart of the doctrine is the con. Fooling people with lies. Stephen Harper is a neo con. So is Nicolas Sarkozy. They are con artists who love power and actively promote the oil wars.

George Bush was a neo con. He added billions to the national debt. The day before 9/11 Donald Rumsfeld admitted that the Pentagon waste is massive and that the military mismanagement had lost or simply couldn't account for $2.3 trillion. Yet after that startling announcement, George Bush kept going back to congress asking for more and more money to pour into the invasion or Iraq after he lied about their weapons of mass destruction.

This model of waste, deception and debt is not a good model to follow. Yet Stephen Harper is frighteningly eager to follow it. He wants a huge sum of tax dollars to buy new fighter jets to help bomb other countries for their oil. On top of that, he was found in contempt of parliament for hiding those costs from the house of commons during budget debate.

Stephen Harper refused to take an amendment on his over reaching crime bill that would have saved millions. He also was found in contempt of parliament for hiding the costs of his over reaching crime bills from the house of commons during the budget debate. This contempt is historically unprecedented in Canada. Stephen Harper is starting a bad precedent.

The neocons pretend to support the constitution but there actions completely contradict every fibre of the Constitution taking us to a much different place.

Another part of the con is censorship. Rosie O'Donnell was fired from the View for her political opinions. Dan Rather was fired for exposing George Bush's embarrassing military record.

When you think about it, those two acts are pretty huge examples of some pretty major censorship in the land where the constitution is supposed to protect free speech. Without question, neo cons are eroding the constitution and are very effective at spin, propaganda and Cons.