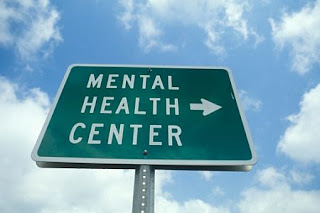 Excuse my frustration but this is insane. From one extreme to the other. Here in BC we are giving prisoners addicted to heroine free methadone without reducing the dosages to help wean them off the drug. Which I might add caused a fatality in Maple Ridge correctional institute.

While on the other side of the country, they are refusing to give prescribed psychiatric drugs upon incarceration. Did ya catch that? Prescribed medicine. We're not talking about a bogus Oxycontin prescription. We're talking about anti psychotic drugs for mentally ill patients. Cutting off the mentally ill from their meds. Isn't that bright. But if they're addicted to heroine that's OK we dare not rob them of that fundamental right to substance abuse. Give me a break. From one extreme to the other.