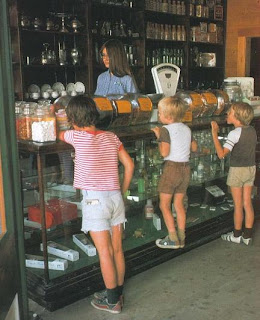 Everyone talks about the Federal Budget like they are kids in a candy store. What's in it for me? Pork Barrel politics got us in this mess. I don't like the fact that Harper is hiding how much his overreaching crime bills cost and the cost of the new fighter jets. Let's face it, fighter jets are massively expensive. Yet when we use them to bomb a country for their oil I'm forced to question the integrity of that investment. Especially when it involves increase taxes like the HST.

Instead of saying what's in the budget for me, why aren't we asking how much of the debt are we eliminating? If we don't control the National Debt, there will be no social programs left. Period. If we want pensions, schools and hospitals then we need to address the debt and change the way we expect financial favors from the government. The HST - Harper Sales Tax has got to go. I'm not willing to spend those tax dollars to bomb countries for their oil. Especially when it means we aren't getting cheaper gas out of it. It just means the oil companies will be able to gouge us more and make more profit so they can give kick backs to the politicians in tax deductible contributions.

Trudeau gave us the Charter of rights. Eileen Mohan referred to it as out sacred charter. That is a wonderful document. The right to due process is not a bad thing. The right to be protected from searches and wire taps without cause is a good thing. How the judges in BC are misinterpreting the charter is bad.

Trudeau was a good leader. He gave us binding arbitration. Quebec wanted to Separate. The West said let them go. Subsequent attempts at compromise were made. Upon voting on them Quebec said it wasn't enough and the West said it was too much. The Charter of Rights was the perfect balance. It was a noble compromise we all can be proud of. I'm leery of people who trash Trudeau with bigotry.

Yes the Federal Liberals watered down our judicial system and we have to make some course corrections but they did save us money. We did away with the two for one pretrial credit. That was a good change that was needed. That change will cost us more money. Doing away with statutory release will cost us more money. We need course corrections not sweeping changes that will put us further in debt.

The media sings about Harper's tough on crime bills as an election campaign. It's an election slogan he uses to sell himself. Our prisons are already over crowed. Implementing mandatory minimum sentences for violent crime and for selling hard drugs is necessary and will cost us more money. Mandatory minimum sentences for possession of pot is not necessary and will cost us too much money. We need balance not extremism.

In BC we have a pot activist running as a candidate for the NDP leadership debate. From one extreme to the other. Thankfully it will likely be down to Adrian Dix and Mike Farnworth but the fact remains. Harper refuses to take an amendment on the crime bill because he wants to promote himself not what's best for Canada.