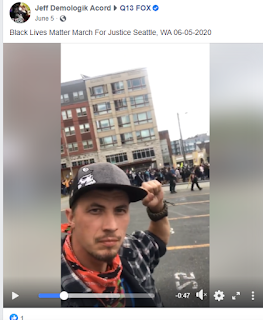 We have all heard of the forest fires in California, Oregon and Washington. Evidently there have been several people arrested for arson. One of those people in Washington has ties to Antifa. Antifa were continuously setting fires during the riots. It is plausible to conceive they would also set fires in rural areas in their quest for order amidst the chaos. Their order. Communism.