Collective Communities within a Free Republic 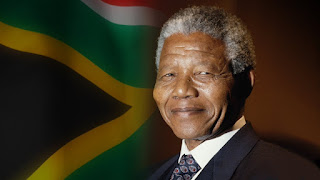 I have made it quite clear that Communism is slavery and Socialism is a lie. There is no such thing as Democratic Socialism. As Dinesh D'Souza said, if ten people agree to rob me, they’re still robbing me. Only Communists don’t just rob your money, they rob your liberty as well. They take away your right to speak, your right to move, your right to due process. Communists strip you of all your civil liberties and turn you into a slave. That is what they do and they pretend to be setting you free while they do it.

Nelson Mandela and James Connolly protected civil liberty by law. They walked the walk, they didn’t just talk the talk. They both have my respect. Communists claim that you must give up individual rights to achieve collective rights. That is a lie. Once you give up individual rights, there are no collective rights. Nelson Mandela and James Connolly showed us a better way.

North Korea calls itself the Democratic Republic of Korea. Only we all know it is not a republic and there is nothing democratic about it. I’m not going to hate on North Korea. Progress has been made. I’m just stating the obvious. As soon as you adopt a single party system, you abandon democracy. That’s all there is to it.

There is a big difference between Pierre Elliot Trudeau and his son, baby Justin. I don’t want to get all Dr Phil but Justin Trudeau has been a complete disappointment. All he does is spend money. Other people’s money. That road is a dead end. Some people trash Pierre Elliot Trudeau and say he was a Communist who was friends with Castro. Perhaps but there was a big difference between what PET did and what Castro did.

Pierre Elliot Trudeau protected civil liberty by law in the Canadian Charter of Rights just like Nelson Mandela and James Connolly did. Baby Justin is more like Commodus in the movie Gladiator. He is the wannabe tyrant that fell short. He covets slavery.

In the early days of the Christian church Christ and the apostles had all things in common. They lived a collective principle. This was not Communism. It was based on civil liberty. You were free to participate and free to leave. The key word there is free.

When I worked for the Post Office, I got involved with the Union. I became quite vocal in my opposition to the National President’s endorsement of Revolutionary Communism in Cuba. I thought that was completely insane. One coworker came up to me and said he thought I was a Communist for the same reason I thought he wasn’t. We both believed in democracy and free speech. I was shocked.

I attended an Area Conference where a National Union Rep came up to me and said “The Communists in Tiananmen square and Eastern Europe call themselves Communists but they aren’t really Communists.” I responded with “Then what the hell are they because that’s what Communism is.” He went on to say “Cuba is the best model of Socialism that we have.” Without hesitating I replied “No it’s not. They have political prisoners and practice religions discrimination. The best model of Socialism that we have is the kibbutz movement in Israel. People are free to come and go as they please. They have religious kibbutz and nonreligious kibbutz. All the profits go towards raising the standard of living for everyone in the community.”

In my opinion, true Socialism can only exist within a free republic. As soon as you give up individual freedom, you create slavery. We’ve heard the terms collective farming and collective bargaining. Within a free and democratic society, people have the right to pool their resources if they so choose. Yet no one has the right to force that on them against their will.

There is a funny move with Tim Allen and Kirstie Alley called For Richer or Poorer. Two rich New Yorkers hide from the IRS in a Mennonite community. Hard work is a new experience for them but they learn some valuable life lessons from it.

Mennonite farms are collective communities. People are free to join or leave as they please. They have a specific preference to avoid modernization but other collective communities are not bound by those rules. If people pool their resources, they could in theory share a decent standard of living like the kibbutz movement in Israel.

I had a friend who visited Cuba several years ago. They said their bed and breakfast was run by a former lawyer who quit their profession because they made more money running a bed and breakfast than being a lawyer. I do believe in a system based on incentive where if you work hard, you can profit from the fruits of you labor. That’s not slavery, that’s self-reliance. Yet I have no animosity towards Cuba. They have chosen a different system and that is their right.

If Socialists want to talk the talk, then make them walk the walk by protecting civil liberty by law like Nelson Mandela and James Connolly did. That is something we can all agree on.

In Hong Kong, the Communist Party of China is breaking the law. Hold them to their word. 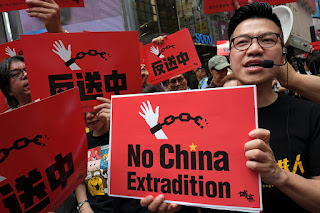