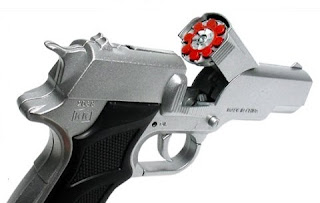 Global is reporting that "Langley RCMP were called to the area of a Chevron gas station at 231st St and 72nd Ave Saturday evening due to a call of shots fired. They say there were no victims on scene, and no arrests have been made. This is the fourth straight day of gun violence in Metro Vancouver." Bustin caps in the crib.

"On Friday evening, Richmond RCMP were called to the Manzo Itamae Japanese Restaurant at Garden City Road and Capstan Way due to a shooting. The Integrated Homicide Investigation Team said Saturday that the attack, which left a man in his 40s dead, appears to have been targeted." Ya think?

"On Thursday, gunfire broke out in Surrey leaving a man known to police with injuries. Hours later, gunfire was exchanged between two vehicles in Richmond. A day earlier, 23-year-old Vancouver resident, Iqubal Grewal was shot dead near 67th Avenue and Knight Street."

Posted by Dennis Watson at 8:41 AM