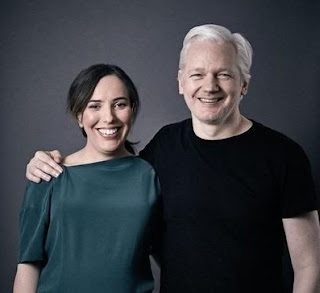 The Sydney Morning Herald is reporting that "'No.' With one word, Australian-born WikiLeaks founder Julian Assange resumed his high-stakes legal battle against the US government, which is trying to have him extradited. He faces a jail term of up to 175 years in the US over the publication of secret US intelligence and military documents. Assange, who is being held on remand at Belmarsh prison after being refused bail in March, appeared at his hearing at the Old Bailey in London on Monday with his white hair neatly cut and wearing a dark suit."

Back in September the Daily Mail reported that "Julian Assange secretly fathered two sons while holed up in the Ecuadorian embassy in London, The Mail on Sunday can reveal. Gabriel, aged two, and his one-year-old brother Max were conceived while their father was hiding out to avoid extradition to America, where he faces espionage charges over the leaking of thousands of classified US intelligence documents." Wow. I has missed that development.

Honey nine is reporting that "Stella Moris-Smith Robertson was born in South Africa and is a human rights lawyer. When she met Julian Assange, Moris was still only a legal researcher. She was asked to assist in Assange's case by Australian human rights lawyer Jennifer Robinson who needed help looking into Swedish legal theory and practice when Assange was fighting extradition to Sweden where he would face sexual assault charges. Assange feared extradition to the US if he were to end up in Sweden which he believed were the intent of the charges." . 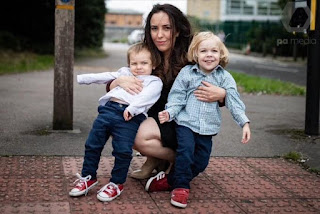 Julian Assange and Edward Snowden should be pardoned and released.