Keanu Reeves from the Matrix and John Wick reunites with Alex Winter for a remix of their epic career premier Bill and Ted's most excellent adventure. It's awesome. I was checking to see if the theatre finally had some new movies and this was it so we just saw it. Gnarley dude.

It was a fun trip through time uniting Jimmy Hendrix, Louis Armstrong, Mozart and Ling Lun with a fictional stone age drummer. I’m glad they are putting out new movies again. Going to the theatre during Covid is not scary at all. It’s a lot less crowded than the grocery store.

A fun remix of the Ghostbusters is coming out called Ghostbusters Afterlife. Tom Cruise is returning to coach new jet pilots in Top Gun Maverick. Russell Crowe is pretty epic in everything he does. He’s in a new movie called Unhinged. Although he does a very realistic performance the character he plays is a psychopath who stalks a woman after a road rage incident. It is not a pleasant film. There’s also a new Wonder Woman movie which is a little more family friendly. 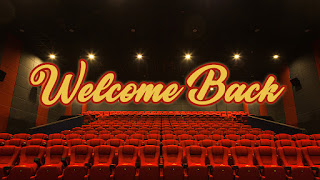