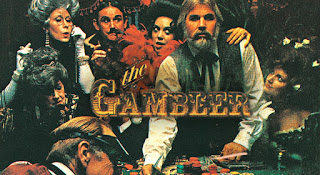 Global is reporting that "After weeks of public speculation, B.C. NDP leader John Horgan is calling a fall election during COVID-19 pandemic. Horgan has asked for the B.C. Legislature to be dissolved and Lieutenant Governor Janet Austin has accepted his request. Election day will be Oct. 24– ahead of the next scheduled election on Oct. 2021.

I am disappointed to say the least. This sadly shows that John Horgan is just like every other self serving politician who does what's best for him not what's best for the people who pay his wages. He claims he wants a clear mandate from the people during uncertain times. We have already given it to him. End the ridiculous lockdowns and get back to business. Bonnie Henry is an idiot and Adrian Dix is a Marxist. We need to socially distance ourselves for that kind of leftist extremism like the plague.

Jason Kenny and Rob Ford have proven to be globalist f*ck ups during the Covid fraud. Will Andrew Wilkinson be any better? I don’t know. I would hope so. I definitely agree with Andrew Wilkinson when he said using tax dollars for political campaign funds is absolutely insane. That was a Green party ploy and needs to be removed.

John Horgan removing bridge tolls was a good thing. He reduced taxes. Lowering ICBC premiums after he raised them over the roof was a step forward. Yet we need to remember why ICBC premiums were raised. ICBC was not broken nor was it in debt. It was breaking even. The Liberals extracted a $1.3 billion dividend from ICBC to balance their fudgeit budget. That manufactured emergency was the direct result of fraud.

Right now my biggest concern is Adrian Dix and Bonnie Henry. We need to stop letting Marxists highjack the province. There is no social justice in Marxism so stop pretending there is. We need to move forward not backward. We need to leave Henry, Dix and Beijing out in left field and proceed down the centre with fiscal responsibility and civil liberty. Nelson Mandela protected civil liberty by law. So did James Connolly. We should do likewise. Legalize hydroxychloroquine.

Update: Whoa, I didn't realize that calling an early election broke his agreement with the Green Party. That was really slimy. It also broke the fixed election law in BC which isn't enforceable. CTV is reporting that "B.C. Green Party leader Sonia Furstenau wasted no time in calling out John Horgan's snap election call, calling it irresponsible and unnecessary. "Let's be clear, this is about him and his party putting their fortunes ahead of British Columbians at a time when people are worried about their jobs, their financial security, their children and their health," she said, speaking outside the legislature. Furstenau said she met with Horgan on Friday and told him he had a stable government, and accused him of playing politics during the pandemic, putting party interests ahead of British Columbians." That is very true.

The Richmond News is reporting that "Green Party leader Sonya Furstenau did not mince words in her opening press conference for the 2020 provincial election. She questioned whether British Columbians could trust the word of John Horgan after he broke the fixed election date legislation as well as the confidence supply agreement his party had made with the Green Party by calling an early election." She's quite right.