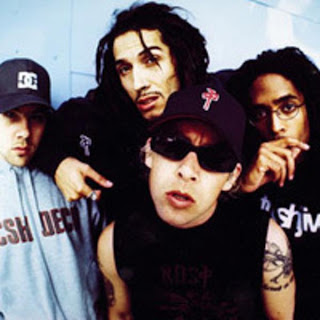 Speaking of swingers who swing the other way, how about this photo of wee Shane Bunting sporting the latest shade of Battle Axe Warrior lip stick? Whatever dude. I know I'm behind the times and out of style. I have trouble with the Meryl Norman eyebrows not to mention lip stick. But hey, who am I to stand in the way of a new fad? Maybe lipstick is in along with the emo mascara.

Is that little freak trying to bring in lip injections for men? Pucker up Battle axe Barbie. No wonder those idiots wear silk scarfs to hide their lips stick and botox. Come to think of it, that Battle Axe Barbie support shirts looks an awful lot like the Pinhead bowling crew's logo so it does.

Looks like the little Barbie boy was banned from the US because of his associations with the Hells Angels. That's interesting. I wonder if Sony Barger is banned from the US? Maybe it's just 'cause he was an oxy and Viagra junkie.

What do you mean Shane Bunting and the Swollen members played at Tbarz New Years? You have got to be kidding. That guy is a complete idiot. How on earth did he get out of Surrey alive with that lip stick on? That little guy is a freak.

Tbarz has sure gone down hill these days. Ever since Russel Peters gave his pal Randy Jones that flaming endorsement for Tbarz it's full of old married brown men hitting on young girls. Don't get me wrong. I have nothing against making it a brown town. This is Surrey. We are multi cultural. I just think that dirty old drunken married men hitting on young girls from any race is pathetic. The girls who aren't paid to be there leave pretty quick when they see what it's become.

Think about it. What kind of a gangster registers his strip bar in his mother's name? The same one who gets a complete idiot like CJ Spoon to find girls for him. Lame. 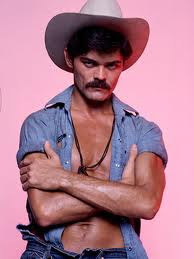 Posted by Dennis Watson at 1:03 AM