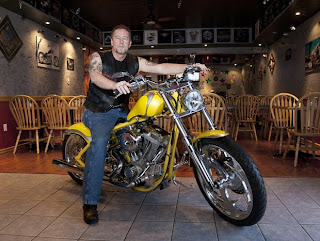 Well this is interesting. Front page of the Surrey Now is about a new Biker church in Fleetwood. I thought that was an interesting location as it's near the Davidson biker cafe and it turns out their church meets at the cafe Sunday mornings starting February 6th. Good for them.

I'm a bit hesitant of wackos like Tony Terezakis who pimped the church to sell crack but I'm hopeful this will be different. Nothing wrong with preaching the good word so there's not. We'll give the guy a chance and hear what he has to say. Maybe he'll post his sermons online.

I don't care if you're Catholic, Protestant, Jew or Gentile, Muslim or Buddhist. All I care about is if you keep your word and do what you say. God is not a respecter of persons so he's not. In every nation he that respects him and worketh righteousness is accepted of him. 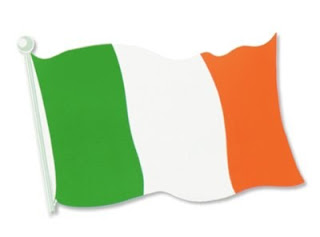 After all these six things doth the Lord hate, yeah seven are an abomination to him. The top three are: a proud look, a lying tongue and hands that shed innocent blood. Indeed a righteous man hateth lying so he does. Keep your word. Don't say one thing and do another and don't shed innocent blood. Cause like James said, faith without works is dead.