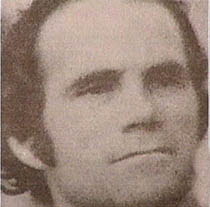 Trudeau turned informant after his chapter was betrayed in the Lennoxville massacre. Apparently the Vancouver chapter received the spoils of that massacre as a gift.

Trudeau was spared from the massacre but was dishonorably discharged. They took his motorcycle, but he was offered it back in return for the murder of two individuals: Ginette "La Jument" Henri -- North Chapter's accountant and "Matt le crosseur"'s girlfriend -- and Jean-Marc "Le Grande Guele" Deniger.

Interesting to note at the time Halifax chapter ran into its own woes. All eight full-patch members of that Chapter would be arrested when getting too ham-fisted with a local prostitute led to her testifying against the chapter. Each member would receive a one-year prison sentence. Where was Davie Giles then? Or better yet, where was his wife?

Faced with the need to keep at least six full-patch members in chapter in order to avoid a (possibly permanent) suspension by Angels Brass. Six members from Vancouver chapter would be flown in at a time -- on two week shifts -- in order to prevent this.

Standing five-foot-six and weighing 135 pounds, Trudeau did not resemble the prototypical biker, but he is considered to be the Hells Angels' most prolific killer. Sine the Hells Angels kill a lot of their own people, it would be nice to start a running tab of how many of their own they have killed and why.

Among his murder victims:

Jean-Marie Viel, shot to death in Trois-Rivières in 1970 after he made the mistake of stealing a motorcycle from the gang. Viel was Trudeau's first murder victim.

Jeanne Desjardins, a grandmother, killed in February 1980 for trying to help her son, ex-Hells Angel Andre Desjardins. Trudeau beat her to death and then killed her son and his girlfriend. The bodies of the latter two were dumped in the St. Lawrence River.

Donald McLean, a member of the rival Outlaws gang, and his girlfriend Carmen Piche, blown up in May 1980 when a bomb attached to McLean’s Harley-Davidson exploded.

Michel Desormiers, a brother-in-law of reputed mob boss Frank Cotroni, gunned down in July 1983. The killing was supposedly cleared with the Montreal Mafia first.

Even fellow Hells Angels were not safe. Trudeau killed Charlie Hachez, a member of the North Chapter, because he had a heavy drug problem and owed Dunie Ryan $150,000 in drug money. Hachez was lured to a meeting, killed, and his body dumped in the St. Lawrence River.

And when Dunie Ryan was himself murdered, Trudeau was hired to extract revenge. In November 1984 a television set stuffed with explosives was delivered to the apartment where Ryan’s alleged killers were holed up. The explosion killed four people and injured eight, and knocked a huge hole in the apartment building in downtown Montreal. 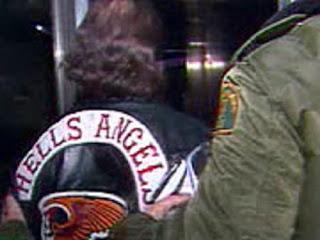