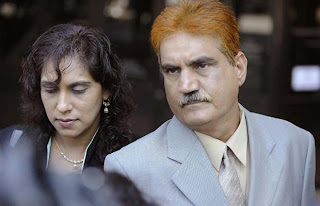 During Const. Jeffrey Klassen's assault trial the judge questioned why a third officer involved was not charged. Good question. B.C. Provincial Court Judge Jodie Werier said that Tanino also "entered the fray" and got on top of Khan. "Tanino got involved," Werier said. "I'm troubled about that." Me too. The prosecution said "He probably could be prosecuted for assault, [But] frankly, he was probably more valuable as a witness." I see.

Posted by Dennis Watson at 1:57 AM