Alex Tsakumis is a Bully 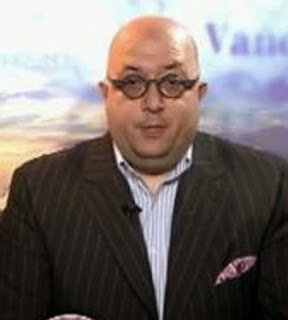 Alex is a bully. Long after threatening me with a frivolous lawsuit for telling the truth he is now stalking a random blog reader who happened to post a link to one of my blog posts on Twitter. Here is the message he left on her phone after he already called her home threatening her.

Here's the deal. Linking is not defamation. That is the case law. That is the jurisprudence. If I or anyone else makes a blog post that quotes a news outlet and says the Vancouver Sun is reporting that... I can't get sued for defamation if the Vancouver Sun actually did say that even if what they said it untrue. If the Vancouver Sun printed something that is untrue, you have to sue them. You can't sue someone who linked to an article they wrote. This matter has been tried in the courts and is now a part of case law. It has already been decided by the Supreme Court of Canada so there is no sense in retying the matter again when it has already been decided. CBC has reported on the decision as well as Michael Geist. True me blogging about something is a bit different but this woman just posted a link which relates specifically to the Supreme Court Decision about linking.

If I have said something that is untrue, then he has to sue me not someone who links to what I have said. End of story. Any further phone calls to this woman constitutes harassment. There is absolutely no jurisdiction to sue her. He has to sue me instead. However, there is absolutely no grounds whatsoever to sue me because I didn't say anything that is untrue. I posted a screen cap of what he really did say as evidence. When Alex said I have misrepresented what he said that is totally untrue. The screen cap is proof he is lying.

Since then Dianne Watts came up with this ridiculous story claiming that she clicked like on it by accident. I find that very hard to believe. That now leaves us with one of two options, she's lying again and liked a post calling Barinder Rasode a whore or she is an idiot and has no idea how to use Facebook and can't figure out how to click like on a post or how to click unlike on it after she clicked like by accident. So by her own claim she is either a liar or an idiot.

Not long after making the post, Alex contacted me by E-mail and threatened legal action against me for defaming him. At the time he claimed that further down in the comments of that post things were said about him that was untrue. He was referring to his business interests owning property in the conflicted proposed tower in Semiahmoo that the local residents are fighting with a passion. He claimed he wasn't the one that owned the property it was someone else by the same name. I said that's not a very common surname. Is it a relative? He then said it was his cousin. So I clarified in the comments that is wasn't Alex the blogger it was his cousin. So yes it was a different person but yes it was a family member. End of story, confusion clarified.

Yet that wasn't enough. He kept going on and on claiming I had defamed him and he was going to sue me. I pulled a George Buchanan and said what have I written that is untrue? Tell me specifically what statement. He refused. He demanded I remove his name from my entire blog instantly or he was going to sue me on the spot. I said removing his name from my blog entirely is totally unrealistic. I have a right to tell the public what he really called Barinder especially after he boldly wrote into the paper after the fact and instead of apologizing ranted about how he stood by what he said. If he was bold enough to write into the paper and tell the public he was defiantly standing by what he had said, then I have a Charter Right to tell the public what he really did say not the watered down family version.

After he threatened me I made this second post clarifying the matter. I thought for sure we were going to court. I have been there many times before. I knew he didn't have a case. I heard nothing for several months until recently. All of a sudden he starts up his bullying again. He made up some ridiculous story about how I misrepresented what he said and how I posted a draft version of what he said. I pointed out that was a lie. There is no such thing as a draft post on Facebook. You either post it or you don't. Someone on his friend's list got a screen cap of what he originally said. The one that Dianne Watts actually clicked like to.

At least now he came clean and told me what his real concern was with my blog post. It had nothing to do with anything anyone said in the comments. He wanted what he really said censored from the Internet because it made him look bad. It was however the truth and does not constitute defamation. I have a lot more to say on this but will let this suffice for now. There will be more to come. Much more. Linking is not Defamation. Alex Tsakumis is a bully. He has no right to harass this woman for someone I said which was true. End of story. Well, not quite...

Posted by Dennis Watson at 4:42 AM