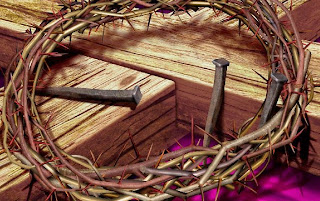 There are more scandals to catch up on but since Vaisakhi celebrations abound I thought it would be timely to mention Good Friday on this Easter Weekend. Several years ago an Indo Canadian friend asked me, "If Friday was the day they killed Jesus, why do Christians call it good?"

I paused for a second and thought, OK this is going to be kind of hard to explain. Then I thought, wait a sec, you really don't know? Seriously? I guess it's something we take for granted. It's something we're taught as kids in Sunday school. Wait a minute. Our kids don't go to Sunday school any more. You mean our own kids don't even know any more? That is sad.

Many martyrs have lived noble lives and have died for their beliefs. Christ's atonement was different. It's kinda like trying to get on a bus and not having the fare to pay. Anywhere other an BC this would be a problem. Justice requires the fare be paid. Yet mercy pleads give me a break. However, mercy cannot rob justice since if the driver gave that person a break he would have to give everyone the same break and everyone would ride for free. Another solution is a friend comes by and pays the fare for you so you can fulfill the demands of justice yet still ride the bus.

That's kind of what Christs' atonement did. The wages of sin are death. Christ died in our place so we don't have to. Yet all of us will die a physical death. The atonement makes the resurrection possible. One day everyone will be resurrected and judged. The body and the spirit will be reunited in it's perfect form. An immortal body that doesn't age or die. Because of the atonement everyone will be resurrected. Where we go after this life depends on the life we led and the type of person we became.

The atonement is something we take for granted. It's like a father who worked on a railway drawbridge that took his son to work one day. There's a video clip of the story called the Bridge. A train full of people was about to cross a railway bridge. His job was to make sure the draw bridge was down so the train could cross.

So the short answer to the question is Christians call Friday good because Christ died to make it possible for everyone to live again. Yet it behooves us to pause and remember the day to respect the magnitude of the sacrifice made on our behalf. Some call it folklore. I call it history.

Now I am certainly not the model Christian nor do I agree with many of the doctrinal diversions many make in the name of Christianity. Many years ago I used to work with a very witty and sarcastic Christian they called Dutchy because of his heritage. He used to boast "You can always tell the Dutch but you can't tell them much." He was a good man and a talented musician.

He put out a CD called Retro that had some stirring songs on it. One of my favorites is called the View from an Ivory tower. It starts of saying "There's a man on the TV telling me God wants me living in prosperity. Millions tune in because they like what they hear, even though his gospel is not too clear." Another one I like is called the Parade. He was very cynical of religious hypocrisy and wrote a song about it. He compared it to a big parade of lunatics chasing a snake oil salesman.

Dutchy explained the imagery in the song to me many years ago. He said the parade is led by three different Jimmies: Jimmy Swaggart, Jimmy Baker and Jim Jones. He thought all three Jimmies were the same. When discussing the parade of snake oil salesmen he says he's seen this circus before and he just wished they'd take their side show away from his front door. It's a very appropriate song. Kinda like how Christ called the religious leaders of the time liars, hypocrites and extortionists. He chased the money changers out of the temple for pimping the church for their own personal gain. That was not the intent of his sacrifice. Peace. 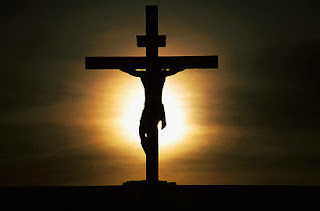