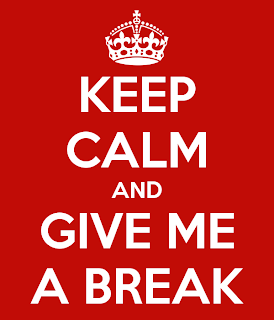 Kelowna's most wanted? Schrader? You've got to be kidding. Surely there are a lot more serious criminals out there that the police should be looking for like whoever put Joey up to murdering Britney. I know I've made fun of Matt in the past but I said I'd give him a chance and I meant it. I heard he got a real job. Breach of recognizance is pretty open ended. That could be something as simple as missing a court date for driving while his licenses was suspended. If he has a job he has to get to work. Give the guy a break. Some people do need a fresh start in life. There are a lot more serious criminals out there that we should be focusing on.

The guy never threatened my daughter. He and I were just smack talking a while back. I know the police were keen on nailing him back then. I wish they were as keen on nailing the real criminals instead of kicking the cat. The guy is harmless. Look in his eyes. He's just an ordinary guy. The elephant ears drive me crazy but a girl I used to date has a son with the same thing. They drive me crazy but her son is actually a nice guy. The Hells Angels are a much more serious concern than someone who used to be a low level dealer and is sincerely trying to make a go of it.

Update: Turns out that's exactly what it is. He missed an appointment with his PO after his driving while prohibited charge. It wasn't even for missing a court date and had nothing to do with drugs. Sometimes we really do need to give people a chance.

The Battle Axe Barbies however, who worship the deranged Shane Bunting, they're still idiots. Shane and his social misfit followers don't know a thing about rap music. I was introduced into rap back in Harlem when LL Cool J was making his debut. He's still around. LL, Tupac, Fat Joe, the Game, A Tribe Called Quest, TI, Ja Rule those are rappers. Shane Bunting is just an idiot that tries to put his white nerdy fantasies about kidnapping, torturing and murdering women to music. Eminem broke into the market and so did Malkemore. Not Shane and his misfit Barbies.

A few weeks ago I saw an episode of Mystery Dinners with a friend. I don't watch much TV but this episode was somewhat profound. The owner of a restaurant was concerned one of their employees was stealing from them so they had the show come in and plant secret cameras to find out who it was. The owner suspected an employee who was a ex con.

They had someone come in posing as a customer be really rude to him then leave their wallet on the table before they left. They wanted to see what he would do with the wallet. He picked it up and put it in the lost and found. Then the secret camera saw another employee go into the wallet and take the money out of it while it was sitting in the lost and found.

When the customer came back for their wallet they asked where the money is that was inside it and the employee that stole it threw the ex con under the bus and said it must have been him. He's an ex con. Fortunately the hidden cameras saw other wise and saw how the young girl had been stealing from the company on various occasions. Sad but enlightening. Sad how a young girl would blame someone else for her actions but enlightening that an ex con proved to be honest. People can change and we do need to give them a chance if they really have changed.