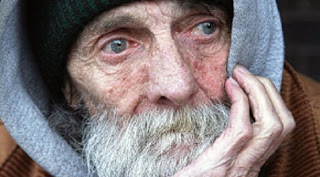 Here it is. The Hells Angels murder women and exploit the homeless part two. But first, let me set the stage which will define my beef. Just before Saint Paddy's Day I saw a video on youtube of Loreena McKennitt explaining what inspired her to write the song Dante's Prayer.

She said she was taking the train across Siberia and was reading Dante's Inferno. It's a literary classic about Dante's journey through hell. She said reading that book while she saw all the suffering and struggling around her inspired her to write the song and change it to Dante's Prayer. It's very moving. I picked up a copy of the book and thought I should make a post about Finian's Inferno. My journey through hell and the things I saw in my travels.

I've already talked about three images of murder that I can't get out of my mind. The expression on Britney Irvings face when she was found dead after being shot in the back by someone she loved, trusted and cared about. Janice Shore's caved in skull when I saw her in the hospital and the look of grief and loss in Eileen Mohan's eyes after her son ws unjustly murdered in the Surrey Six. Three powerful images that resonate in my memory.

That's what I want to talk about in my journey through hell. The predatory drug dealers that exploit the homeless. In that ridiculous troll rant, someone claiming to be Bryce was bragging about the treats they sell and claim they don't exploit the homeless living under a bridge. Yet that is indeed exactly what they do. When they bring that much cocaine into the country to be sold here as crack, they are responsible for all the violent misery that brings. They actually profit from it. From crack addicts being tortured in the basements of Prince George crack houses to the violent collection methods of the predatory drug dealers in East Vancouver and Whalley outside the Front Room it's all the same. It's Blood money.

The same goes for the dirty politicians that accept campaign contributions from the dirty developers and Casinos that launder drug money. However, the Hells Angels is a criminal organization. Manitoba has already deemed them as such and Saskatchewan is considering following suit to curb their violent monopoly on the drug trade.

When you look at the three rings: Robert Shannon and Jody York, the Randy and Trevor Jones indictment and the Larry Amero charges in Montreal we see three huge cross border drug trafficking rings where the Hells Angels were bringing massive amounts of BC Bud across the border and bringing back massive amounts of cocaine into Canada to be sold here as crack. That's not even counting the crystal meth like Kerry Ryan Renaud was cooking for John Punko and the Vancouver Hells Angels in Surrey.

Last year the police busted 16 grow ops in Kelowna alone all tied to the Hells Angels. 7 of them were licensed medicinal grow ops. That's a lot. I don't care if the Hells Angels run a few grows. I care when the Hell Angels take over grows and say no one can grow except us and start taxing every other grow under the sun. That is messed up. It is pure greed. I also care about the Hells Angels trading all that BC Bud for cocaine in the States and bringing it back here as crack. That destroys lives and communities. Sure there's more money in that trade but it's just not worth it. Again it all boils down to greed.

Remember the Pickton Farm? There is a lot more to that story that Wally Oppal refused to be admitted in the not very public inquiry. There's a similar case in Australia involving the Hells Angels torturing someone on a Pig Farm there. Another similar case in Oakland. All frighteningly similar to the Surrey House of Horrors.

So the troll pretending to be Bryce made two totally false statements. He said the Hells Angels don't kill women and don't exploit the homeless living under a bridge when clearly they do. I personally don't believe that was Bryce because Bryce wouldn't publicly brag about their drug trafficking. He would deny they do it like Ricky C always does and claim they just ride motorcycles. Even though Bryce's own son is in jail for drug trafficking.

However, I do take great offense to the troll pretending to be Bryce claiming that I wear a white hood and burn crosses on people's lawns. Nothing could be further from the truth. I have spent a year and a half living in African American and Caribbean communities. I used to rock the A train up to 155th Street in Harlem, NYC. I lived behind the Front Line in Brixton and lived in Lakeshore village in south Seattle. I love a good curry mutton with some rice and peas and a Guinness stout.

Ricky C on the other hand was posing with David Black holding a Nazi flag with a swastika on it. Mom Boucher and Salvatore Cazzetta along with Biff Hamel were part of a White supremacist biker club called the SS before they all became Hells Angels. The Whiteboy posse is a puppet club that sells drugs for the Edmonton Hells Angels. They use Nazi logos and are white supremacists. The Hells Angels are the ones affiliated with the Klan not me. I despise the Klan.