The Edmonton Sun is reporting that the Alberta Law Enforcement Response Team (ALERT) searched seven Edmonton homes this morning, including the Hells Angels Westridge chapter clubhouse near 159 Street and 81 Avenue. Houses in Acheson, Strathcona County, and Leduc were also combed. As a result of the raids Global is reporting that a number of people associated with the Hells Angels were arrested and are facing organized crime charges. Three cheers! 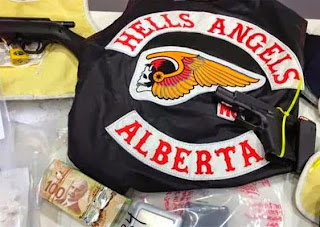 A couple stories that article linked to that I miss include one from 2012 about two members of the Hells Angels’ Edmonton chapter were handed prison terms for their role in providing protection for a Fort McMurray drug gang.

The other was one from Red Deer 2010 where police were called to the Urban Rodeo in the 4700 Block of Gaetz Avenue on Jan. 24 where it was reported that a group of women were involved in an altercation with several members of the Hells Angels. One man, a 58-year-old from Spruce Grove, faces two charges of assault. His alleged victims are two women, aged 20 and 21. Police say the man is a member of the outlaw motorcycle gang.

Police seized 19 Hells Angels vests, 26 lbs of marijuana and two handguns. Not a significant haul given the volume of cocaine they have been dealing in Nanaimo and across the country but recognize that they are pretty smart in Edmonton and have the puppet clubs like the Whiteboy Posse do their dirty work for them. Since they are in charge of puppet clubs like the White boy Posse, that makes criminal organization charges totally within order.

The CFSEU-BC retweeted a photo from ALERT on Twitter. The cover of the Edmonton Sun: 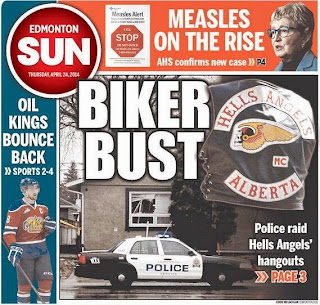 A CTV Edmonton video is reporting that the police are starting to show off their trophies from the searches. In the video it shows a guy wearing an 81 support shirt towing a trailer on site the police didn't have a search warrant for. Surely they have grounds for one now. One blog reader identified him to be Shawn Anderson, a striker for the Dirty Few MC. 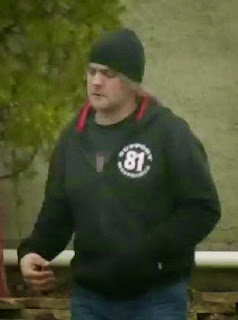 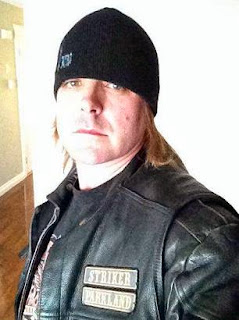