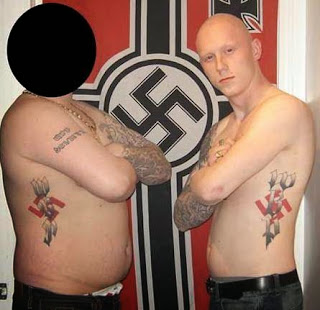 A member of the gang named Trevor Cromartie also referred to as TJ had left the gang and there was a hit put out on him by the gang. Sadly the shooters got the wrong house and murdered an innocent mother by mistake.

On day three of the trial testimony focused on the involvement of Randy O'Hagan with White Boys Posse member Josh Petrin. Josh was close friends with Sean Jackson aka Fat Mike. Josh got all the product from him. Sean was supplied by the Hells Angels. Josh has been charged with Mitchell Chambers and Brian Gowers murder.

Tyler Corbett is on the right in the top picture. Fat Mike is on the left. One has to wonder, if Randy and Kyle were ordered by the gang to kill Trevor Cromartie for leaving the gang, why aren't the people who ordered the murder on trial as well? 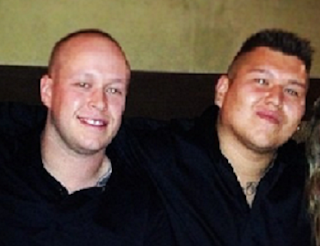