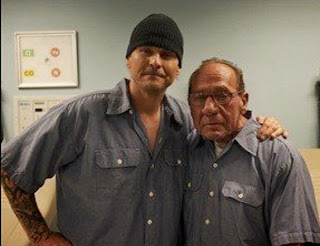 Well this is ironic. First of all I don't watch Sons of Anarchy. I think it's an absolutely ridiculous show like Breaking Bad which glorifies crystal meth labs. However, I noticed on Wikipedia that it claims Sonny Barger played Lenny "The Pimp" Janowitz on the TV series Sons of Anarchy. That is ironic indeed since his pal Odis Garrett was convicted of running a prostitution ring for the Hells Angels in San Fransisco called the Love Nest. Barger attended the trial and had him honoured for years on the West Vegas prison lock down page long after Odis was convicted of ordering the murder of Margo Compton and her twin seven year old daughters for testifying against him. 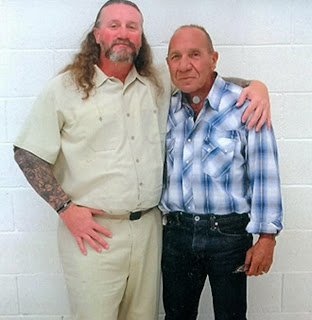 Posted by Dennis Watson at 1:21 AM