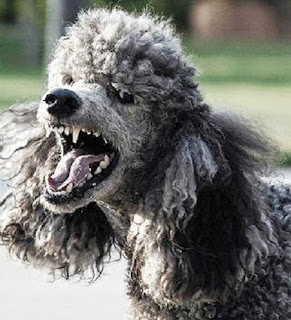 We've all heard about Soldier Boy and the Harlem Shake. I can assure you that the Harlem Shake has nothing to do with Harlem. When I stayed there back in the /80's there was a different dance that was popular. It was based on a song by Joeski Love called Doing the Pee Wee Herman. I always thought it was an old LL Cool J song but it turns out it was Joeski Love.

When I was in New York, all the brothers were doing it. They'd laugh and say Doing the Pee Wee Herman then start this ridiculous dance that pulled their knees in together while they moved their pointer fingers twice in the front then twice in the back. They knew it looked silly but they all thought it was hilarious. Everyone was doing it and I was wondering were on earth it came from.

Years later I finally figured it out. I saw a video clip on youtube from an old Pee Wee Herman movie where he was caught in a biker bar and accidentally knocked over a line of Harleys. They dragged him into the bar and right before they were going to beat the life out of him he made one last request. He asked they play the song Tequila on the jukebox while he danced to it on the table. He ended up breaking some glasses to the bikers approval and since he won them over they let him live. When I saw the video I said that's it! That the dance all the brothers were doing back in the /80's to the song that made a reference to Pee Wee Herman.

Well now thanks to Alex Tsakumis, we have a new song and dance. This one's called the #AGT Poodle. It starts off like the Creep from Lonely Island and Nicki Minaj by raising your hands in a claw like motion and starts to snarl like a dog, only it's much faster and much more frantic. It's kind of like a dog chasing it's tail only it's more like a small dog frantically biting at the wind all around it in every direction. If there's any musicians out there who can put it to music we'll start the new dance sensation. BTW Political Satire is not unlawful. Yet.