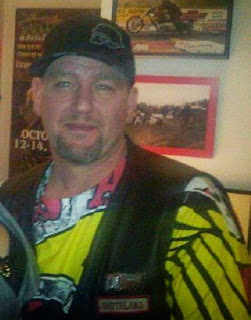 The Listowel Freepress is reporting that Owen Czech of Calgary, Alberta was pulled over in Ontario on April 11 and was caught with cocaine, methadone and a weapon. I assume more details of the bust will be forthcoming. Owen is a member of the Calgary Southland chapter of the Hells Angels. I'm not sure what he was doing with methadone. That's what they prescribe people who are addicted to heroin.

Of course the big news is the police crackdown on the Edmonton Hells Angels and the Whiteboy Posse murder trial. The Whiteboy posse sell drugs for the Edmonton Hells Angels. This is exactly what's supposed to happen. When the gangs do something absurd like shoot an innocent mother or decapitate someone fro a drug debt, then that brings a huge amount of attention to them and the police respond by cracking down on their business.

That is exactly what should of happened in Surrey when Janice Shore was brutally beaten to death for a drug debt in Whalley. Only instead of clamping down on the crack dealers in Surrey, Bill Fordy clamped down on the jaywalkers. You can sell crack in Surrey but you can't jay walk. It's time for Bill Fordy to transfer. Dianne Watts' claim that she is leaving Surrey a safer place is an offensive lie. She did nothing about the drug related crime she promised to address and left us with the biggest debt in the city's history.

2013 was the most homicides in one year for Surrey ever. Many of those murders were drug related. Business's complaints of drug dealers in Newton and Whalley fell on deaf ears as did their complaints about drug related crime. That is Dianne Watts and Bill Fordy's legacy in Surrey.