Alex Tsakumis has lost his Mind 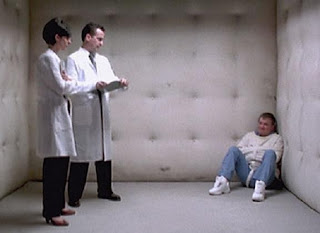 We need to take a deeper look at Alex Tsakumis' bullying and the circumstances that surround it. We've already written about his recent bullying of a blog reader who posted a link to one of my blog posts on Twitter. He called her home and left a message on her voice mail threatening to sue her for doing so. However, he had already found her phone number and called her at home threatening her about an earlier post she made on Twitter before that.

Before she committed the unpardonable sin of posting a link to one of my blog posts, she retweeted a tweet from someone else who simply asked what the status of Surrey Mayor Dianne Watts' court case regarding her civil suit for her car accident back in 2010. A valid question since it will be in Vancouver Supreme court on June 17th.

All she did is retweet a tweet from someone else asking a simple and valid question. For that heinous crime Alex Tsakumis went to her personal web site, found her real name and looked up her telephone number in the phone book and called her at home raging on her for making such an offensive post. Clearly Alex is Dianne Watt's attack poodle ruining interference for her in the press.

Again linking is not defamation. I submit that applies to retweeting a tweet from someone else especially when there was no possible way there was anything unlawful about the original tweet since it simply asked a valid question. Why is Alex Tsakumis so obsessed with Dianne Watts?

This whole smear campaign of Barinder Rasode doesn't make sense. He keeps slamming her and called her a whore for exploiting the death of a hockey mom for her own political gain. That simply doesn't make sense. The whole community was outraged by the murder of a hockey mom in Newton and were upset the city has done nothing about ongoing complaints about drug dealers in the area creating a large amount of violent crime there.

Barinder Rasode steps in and says, you're right, we haven't done enough and we need to do more. At first I thought she was running interference for Team Godzilla. Trying to spin their negligence by sounding empathetic. Instead of embracing the quest Dianne Watts and her attack poodles launched a smear campaign against her. Alex's claims don't make sense and are very hypocritical.

Dianne Watts did the exact same thing when she ran against Doug McCallum. She claimed we weren't doing enough on crime and ran against him on that very platform. He is complaining about Barinder for doing the exact same thing his client did against McCallum. Not only that but Dianne Watts' crime prevention coalition campaign has been one complete fraud. That's why locals are upset. She said one thing and did another. Alex's minimizing a hockey mom's death is offensive.

What is also concerning is Alex's frantic bullying of everyone who disagrees with him. His burning bridges with Bill Tieleman was absolutely bizarre as is all these endless threats of frivolous legal action. If you look at the court registry, Alex is always suing or getting sued by someone. 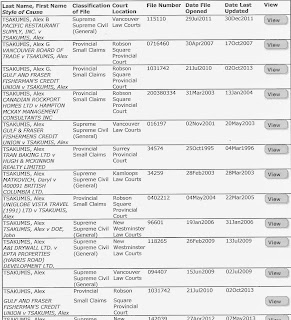 There are many more cases I should expound upon but I will suffice it to say that the crazed obsession with bullying and threatening everyone one is concerning. It's time to have a talk with Doctor Phil. The guy is barely over 5 feet tall. He is definitely over compensating for something.

I don't know what Alex is so upset about. My cholesterol is a little high but I did get a haircut. How do you like me now? Please advise. Second thought don't bother. I've heard enough.