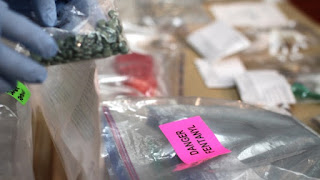 CBC is reporting that "30-year-old Abbotsford resident Pardip Hayer has been charged with four counts of trafficking in a substance under the Controlled Drugs and Substance Act." Police claim he was found transporting an estimated $4.5 million in cocaine, heroin, fentanyl and methamphetamine but no amounts were cited. I hope this kid isn't related to Dave.

1130 News is reporting that A man is in hospital in serious condition after shots were fired in #SurreyBC Saturday night. The Vancouver Province tweeted that the shooting was in 12200-block of 92 Ave.