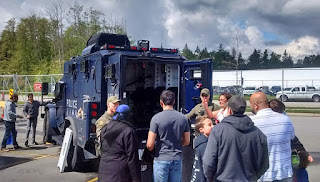 We went to the Surrey RCMP Open House today. For the most part it was a huge success. They had the bomb squad on site with their robots and gear as well as the ERT and the CFSEU. They had a police dog demonstration, lots of quads and even a helicopter take off right from the courtyard. It was all very posative. 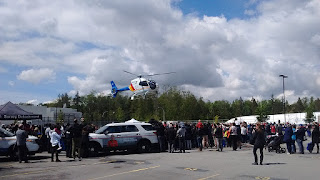 I was somewhat disappointed to see a harm promotion booth on site. That is once again taking us in the wrong direction. The DTES is a failed model Surrey would do well to avoid like the plague.

When we walked down the hall of fame and saw the pictures of the previous and current Surrey Police Chiefs I pointed to the last three: Fraser MacRae - good, Bill Fordy - bad, Dwayne McDonald - good. We've come full circle. As I said before, Fraser MacRae was a Rock Star. Bill Fordy was a flaming idiot. Dwayne McDonald was rock solid. He was our new hope.

Dwayne McDonald is a good man who did great things in Kelowna but someone has his hands tied and is preventing him from doing anything in Surrey. After his huge success in Kelowna he was was transferred to IHIT and the Outlaw Motorcycle Gang Unit was disbanded by Christy Clark. He did such a great job the powers that be made sure he would never do that again. They dont want him interfering with the Hells Angels drug trafficking network.

All this sound and fury about the fentanyl crisis but nothing ever gets done to stop it. Instead we only bend over backwards to promote it. That is not the New York Model. Everyone knows Shakerz is still the hub for the Hells Angels drug trafficking network in Surrey. Randy and Trevor Jones were named in the US cross border drug trafficking indictment and Tbarz was named as the hub of that drug ring. It still is. The name change was just a smoke and mirror distraction to avoid having the bar seized under proceeds of crime in the US indictment. 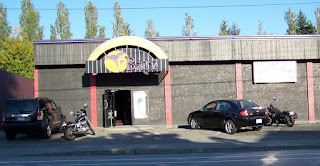 I can verify that the police have known that for a year and have refused to do anything about it. So my question is why? Who has Dwayne McDonald's hands tied and is preventing him from doing his job? Once we answer that question we might actually be able to get something accomplished in Surrey. Until then, we never will. 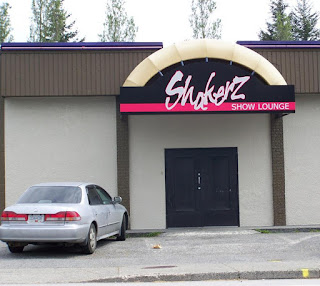 Posted by Dennis Watson at 9:47 PM