Kamloops turns up the heat 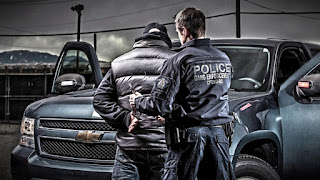 Kamloops the Week is reporting that Kamloops RCMP Cpl. Jodi Shelkie said officers from the Uniform Gang Enforcement Team were in the Tournament Capital to help stop criminal activity and prevent organized crime groups from further establishing a presence in the community. “The joint efforts over the weekend targeted those individuals participating in illegal activities and resulted in both enforcement and disruptive measures being taken,” she said.

Let's see if they keep up the pressure on Johnny Newcome's latest chop shop in Kelowna. Although Crimestoppers' new Free Hugs poster campaign is somewhat bizarre, End Gang Life have some other thoughtful posters and videos. Proactive would be arresting the drug dealers selling drugs tainted with fentanyl. Stop the insanity: embrace the New York model. 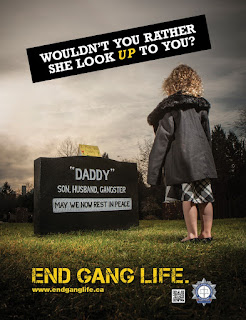 Posted by Dennis Watson at 6:10 AM