Confronting the Corporate Coup in the BC Election 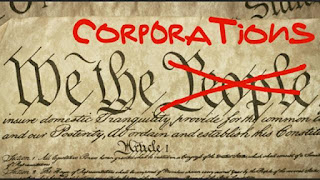 It's pretty obvious from the landmark accord struck between the Green Party and the NDP, the greedy corporations will do absolutely everything in their power to stop it including spamming the public with lies in their corporate controlled media. The Green Party's terms and conditions of an agreement was to abolish political contributions from unions and corporations. That is indeed unprecedented. The NDP agreed to it as long as it went both ways, they wont accept donations from unions as long as the Liberals won't accept donations from Corporations.

This landmark decision will change the face of politics in British Columbia. That is why the Liberals and their corporate donors described in the New York Times are so opposed to it.

On a point of order I will clarify the obvious and refute the lie that the Corporate media is perpetuating in anticipation of their Corporate coup. Christy Clark did not receive 44 of the 87 seats and is therefore unable to form government. She cannot form government then call a non confidence vote and trigger a new election. That is utterly ridiculous.

IF she had teamed up with the Green Party and formed government and that agreement broke down, THEN a non confidence vote could be held which would trigger a new election. She cannot do that when she did not receive 44 seats because she cannot form government. IF the other two parties were unable to come to an agreement then one could argue that would trigger an election but since they have the matter is resolved.

The fact that BC now has fixed election dates, that fuels the argument that non confidence votes are now obsolete. We dont need to keep having elections over and over again. Chuck Cadman supported the democratic will of the voters in his riding by refraining from bringing down the government and calling another unnecessary election. The people spoke at the ballots. No one trusts anyone with a majority government for a reason. We have to make minority governments work because that is the proper representation at this time.

Canada's Parliament is governed by Bourinot's rules of order. The United States uses Roberts rules of order. If the lieutenant-governor has the audacity of violating the rules of order and lets Christy Clark fraudulently form government when she is unable to do so and then let's her trigger a new election then the house must challenge the chair because that decision would be illegal.