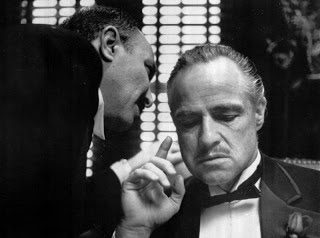 Kim Bolan has been covering the Kevin LeClair murder trial. Now she is reporting that on May 4th the police informant told the court about a plot to kill her. I'm not going to minimize the seriousness of the allegation because it is indeed serious. I will however make two observations.

The first point I'd like to make is that the witness is not credible. We have already established that. I'm not saying there wasn't a murder plot, I'm just saying if there was one, he was likely the author of it. It was probably his idea. As we have discovered, the police informant is a lying piece of garbage. He admitted lying to the police numerous times after he began cooperating with the police and he admitted plotting to rob one of his own associates.

This informant was a low level two bit drug dealer that would rob his own crew. Robbing an associate is not something the UN recommended. Neither was the plot to kill Kim Bolan. It was the low level low life's idea not the UN administration. If the plot came from the UN, it would have been executed. Killing reporters is a serious matter. A reporter in Quebec was shot in the back while he was getting into his car after work for covering the biker war there.

I personally don't have beef with the UN. Selling drugs in clubs or to people who want it and can aford it is none of my business. My beef is with the Janice Shore and the Britney Irving murders which did not involve the UN. At the time of the alleged Kim Bolan murder plot I contacted the UN asking for an interview of Clay Roueche and they told me to f*ck off. There are other things that happened at that time but I will respect confidence by not mentioning them publically.

I will however point out that during my court case a former gang associate in Kelowna found a link on Kim Bolan's blog to the court documents Ian Fraser posted online with my home address. He took a screenshot of my home address and posted it on his public facebook along with a google maps link how to get there. They joked and said I bet he's not staying there tonight. When I asked him where he got that information from he said Kim Bolan's blog.

When I mentioned it to Kim she took down the link but said it was a public court document. True but anyone can black out a home address before uploading that court document online. Keith Fraser did not do that which was a slimy thing to do. It was legal but very unprofessional. He showed absolutely no regard for my safety or the safety of my family. Just saying.

Kim Bolan also reported that the police informant told the court he would post false information on Kim Bolans blog to try and throw the police off his trail. That f*cking idiot sounds exactly like Blaze. The low life dirt bag that was present with Joey Verma when they shot Britney Irving in the back. That useless spec of fly sh*t has zero credibility in court. 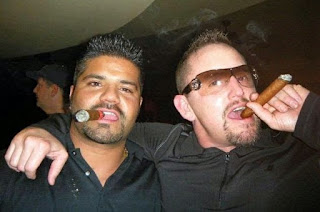