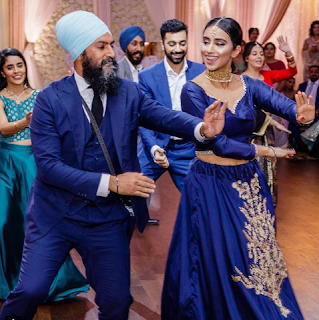 When Justin Trudeau was first elected all the women were going on about how hot he was. However, when I look at him now he just looks femmie. Not that there's anything wrong with that, it's just that he's losing his superhero status and his popularity is fading fast.

In contrast Jagmeet Sing has started to shine. Jagmeet was on the Fifth Estate tonight. It was very positive coverage. I like him. The only concern that I have has nothing to do with Punjabi separatism. Like he said, we would never ask someone from Ireland their position on separatism. The same question could be asked of Quebecers. My concern is his position on the legalization of all drugs. That is a brick wall that I cannot get over.

Vancouver and Surrey has the most liberal drug laws in the country. The Four Pillar program has been abandoned. Harm Reduction has become Harm Promotion which has resulted in record breaking drug fatalities. We are seeing more overdoses not less because we are promoting addiction. People who want treatment can't get it. Surrey Treatment centres are simply flop houses where addicts do drugs because the police won't even arrest the drug dealers selling drugs at treatment centres. The police have stopped trying to disrupt drug trafficking. They are only concerned with seizing the proceeds of crime. As a result, the BC Gang task Force has become compromised. We need Four Pillars not just one: Prevention - Treatment - Enforcement. 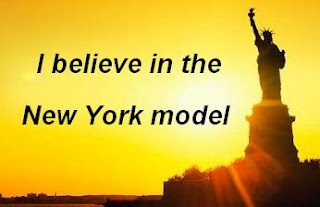 Toronto Sun: Looks like Canadians are slowly waking up from Trudeaumania