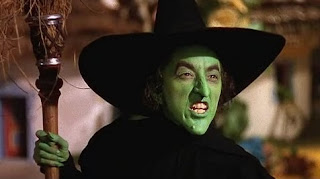 Rachel Notley is a raging lunatic. Alberta needs to hold an election and bring someone else to the table because that lunatic has lost her mind. At least a Conservative would have some business sense. She doesn't have a clue how things work in the real world.

When you negotiate a trade agreement it has to be by consent. Instead of building a relationship of trust, resolving concerns and offering incentives, she is stuck in the ancient dinosaur trade unionism era. BC raised a simple concern and instead of resolving that concern she was like screw you we are boycotting your wine. John Horgan was like is this woman on crack?

When BC asks what will happen if there is an oil spill, she says that's your problem, we're not paying for clean up. That's not very nice and it's not very wise business negotiations. A Conservative would have resolved those concerns and would have agreed to split the cost of clean up. She did not. A Conservative would have throw some incentive BC's way like assuring them a fair price at the pump and offering a token profit sharing program that would give them a reason to take the risk that Chicago and Detroit turned down.

Pipelines for Alberta Tar Sands sludge already exists all the way to Chicago and Detroit. Those cities kicked the sludge out of their cities because of the mountains of petroleum coke left behind. When BC expressed a concern about the volume of Tar Sands sludge coming into BC Rachel Notley said screw you and jacked up the price of gas at the pumps three times. This has shown us why we cannot in good consequence sign a contract that would be legally binding without resolving the colossal concerns that are outstanding. Chicago and Detroit are allowed to express concerns but BC isn't? That's just not right.

Now the lunatic has passed a law cutting off all oil to BC. This has shown us why we cannot sign this deal without protection against this in the future. She doesn't realize that when greedy trade unionists go on strike, they don't get paid. Cutting off the taps will hurt the Alberta economy. All the oil tankers leaving the port of Vancouver with Alberta oil comes to a grinding halt. Don't play that game with people's lives you deranged freak.

Since this insane threat has been made BC needs to look into having oil tankers from Russia come to Vancouver's port. That is supply and demand in the real world.

The problem is that we don't have a free market in the Canadian oil industry. In a free market we can negotiate with Rachel Crackhead and if she says screw you with regards to splitting the costs of clean up in the event of an oil spill, we can go to another oil company and say what will you offer us instead? That is a free market. We don't have that in Canada. What we have is a tax funded monopoly that screws the consumers and taxpayers instead of serving them.

We need to throw some water on that witch to make her disappear. Alberta needs to bring someone else to the table. Someone who understands how business works in the real world. 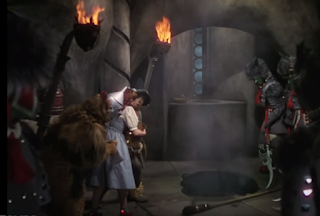