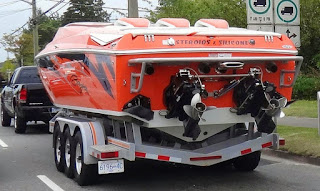 1130 News is reporting that "Three British Columbia men charged with first-degree murder in the death of a notorious gangster have pleaded guilty to lesser charges in a brazen shooting that also injured four others outside a Kelowna hotel. Jason McBride, Michael Jones and Jujhar Khun-Khun entered their pleas Tuesday in B.C. Supreme Court in Kelowna for the murder or conspiracy to murder Jonathan Bacon." Now lets look at the facts and the fiction.

Jason McBride plead guilty to "second-degree murder and attempted murder for fatally shooting Bacon and wounding four others when he opened fire on their Porsche Cayenne. Jones pleaded guilty to conspiracy to commit murder for driving McBride and two other killers to the Delta Grand Hotel that day. And Khun-Khun also admitted he conspired from June 1 to Aug. 14, 2011 to kill Bacon, Amero and Riach. The Crown recognized there were credibility issues with some of the witnesses who were previous associates of the accused." Yeah Blaze is a compulsive liar.

The agreed statement of facts claims that Manjinder Hairan was one of the shooters who is now dead. "Someone in the rear started firing an assault rifle at the Amero vehicle. McBride and Hairan - both with their faces covered - jumped out of the Explorer and continued to shoot."

Kling Klung is a idiot. I wouldn't stand beside him at the gun range let alone during a real hit. He pushed his fiancee out of the moving vehicle and killed her. After that he tried to commit suicide by walking into traffic. Kim Bolan's dramatic fictional representation of him is hiding the police's mistake but that's not all. She described Kling Klung as a hunter. That clown couldn't find Waldo in a comic book. He is no hunter.

This absurd fiction is aiding and abetting the police's ridiculous claim that Larry Amero and Jonathan Bacon's presence in Kelowna was secret when it was not. It was their coming out party. They were loud and proud running around in that ridiculous boat trying to pick fights with civilians.

The police lied and tried to put Matt Schrader's life in danger by falsely claiming he was the one that told Manny that Larry, James and Jonathan were at the Grand when he did not. Aside from the fact that it was no secret, the police witness was the one that told Manny that not Matt Schrader. The police tried to put Matt's life at risk because they were mad he left the life without testifying against his friends. Putting someone's life in danger by lying diminishes all of us.

I have more to say on the matter but will pause there to drive that point home.

Global posted a surveillance video of the shooting.

Separating the fact from the fiction

Kim is obviously just reporting on what the police told her. The police are the ones lying. So let's separate the fact from the fiction. The crown claimed that Jonathan Bacon, Larry Amero and James Riach were all targeted in this shooting for their involvement in the murder of Gurmit Dhak. That is not entirely true. Larry Amero was obviously involved in that conspiracy to commit murder just like he was in the murder of Sandip Duhre at the Wall Centre in Vancouver. Dean Wiwchar and Rabih Alkhalil worked for Larry Amero. However, James Riach was not involved in any of those murders. He sold drugs for Larry. He was not a hit man.

It is obvious that James Riach was not targeted in the Kelonwa shooting. As soon as the gunfire started he bailed out the back door. You can see him on the ground with the car door open as he hit the dirt scrambling to get away. The shooters could have easily lit him up but they didn't. They specifically ran over to the front passenger door to get Jonathan. They weren't even after Larry. Their goal was to exterminate Jonathan once and for all and that they did.

People say she shouldn't have been hanging out with known gangsters which is partially true with regards to Jonathan but it goes deeper than that. Everyone knew that standing beside Jonathan Bacon anywhere any time was dangerous because the UN were trying to kill him. That's why the police had 24 hour video surveillance outside his home. Yet this was Larry and Jonathan's coming pout party. This is where they announced to the world publicly that the Hells Angels were backing the Bacon brothers. Leah was there as an emissary to show Spike's support. They obviously thought that if they publicly said the Hells Angels are backing the Bacon brothers they'd be safe. They were sadly mistaken. The Bacon brothers were such vile pieces of garbage anyone who endorsed them became a target. Hells Angel or not.

Next time don't send one of your daughters to do your work for you. A tragic lesson indeed. I do think someone should set up a Go Fund Me page to raise money for her since this disastrous plea bargin has pretty much killed her hopes in her wrongful death suit.

The Crown admits there was a series of unsavory co-operating witnesses in this case. Blaze and the rat pack who lied about everything just to milk the Witness Protection Program. They blame murder on people who have already died all the time so they don't have to worry about getting shot for ratting anyone out because they lied. That way they get to collect their Witness Protection money and run without having to worry about retaliation.

I highly doubt Manjinder Hairan was in the vehicle or that Michael Jones was the driver. That is simply what he plead to in order to get a reduced charge. I'm surprised K-9 wasn't involved. Mind you since it would have been very easy to identify him on surveillance video even if he was wearing a mask and hoodie, he might have been the one driving the vehicle.

They key point in this plea bargain disaster is that the third shooter has never been publicly identified. There was a driver and three shooters. All we really know is that Jason McBride and Michael Jones were two of the four people involved. I highly doubt the third shooter will ever be named or charged because Blaze and the rat pack aren't stupid enough to testify against him. They just like to make sh*t up so the Teletubbies can close another file.

Just chalk it up to another casualty in the Vietnam war like Zeke Mickle.

The only way we can stop the violence is if we stop the lies.

Twice Kim mentioned Larry Amero's paralyzed left arm. Obviously that's something the police told her. I don't know if that is true or false. If it is true it is somewhat ironic. He couldn't punch his way out of a wet paper bag before the shooting. Last time he refused to stop hitting on a boxer's wife, the boxer kicked his ass without hesitation. If he now has a paralyzed left arm that one arm bandit doesn't stand a chance. Him and wheels, what a pair. Gumby and Limpy destines to spend eternity on the Island of Missfit toys. What we do in life echoes in eternity. Choose wisely.

However, I'm going to have to agree with Whoompthereitis. Going to prison is a bad life choice. 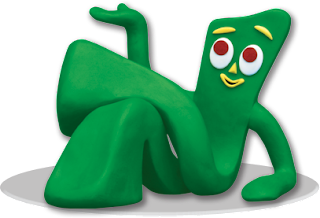