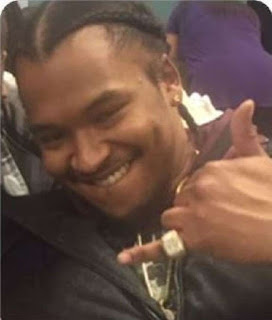 The Canadian Press is reporting that "Police say a 28-year-old man is dead after a reported shooting in downtown Toronto on Sunday night. Investigators say they believe Jaiden Jackson left a downtown core restaurant with a woman at about 9 p.m. They say a black Honda Civic drove towards the pair and two suspects with firearms shot at Jackson. Police say the two suspects and the car's driver then got out of the car and chased the victim down an underground parking ramp where they continued to shoot at him. The suspects then reportedly drove away. Jackson was taken to hospital, where he was later pronounced dead."