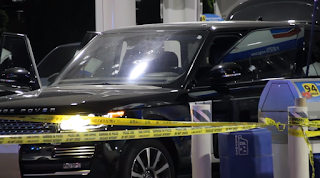 Update: The Peacearch News is reporting that Amanjot Singh Hans from Surrey was shot and killed at the Chevron gas station on 232 Street on May 15.

232nd is an area of interest linked to Len Peltier and the 856. There has been shootings in the area as well as gang related gun seizures. The Hells Angels puppet party that killed Bob Green was nearby at 23700 block of 72nd Avenue. Jason Wallace was busted with Len Peltier for drugs tied to the 856 in 2015. Bob Green wanted Jason to take the fall for Lenny like everyone else and Jason said no. The puppet shooting the puppet master was unprecedented.