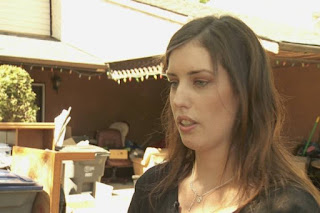 Global is rightfully referring to Metro Vancouver's housing crisis as a Rental Crisis because that is exactly what it is. They are reporting on a single mother in Surrey with a 7 year old son who was evicted onto the street because she was unable to find a place to rent after her landlord decided to sell the home she was renting. She is now homeless and drugs have nothing to do with it.

300 years ago, when I was young, renting an apartment on a chef's age was easy. Now it's not because they stopped building rental units. Now all they do is build condos and sell them. Individuals subletting condos happens but is painful and hard to find. There is no reason private companies can't build apartments or townhouses and rent them out at a profit. The city does need to set aside zoning for rental units. If people make too much noise they get evicted. Rental units are nice. My daughter moved into a condo in Surrey Central a few years ago and hated it because they were all owned units. It is very hard to evict someone from a unit they own. That's why they felt like they owned the world and made as much noise as they wanted any time of the day or night. That kind of thing just doesn't happen in rental units.

Private companies can build townhouses or apartments and rent them out. So can government agencies. Subsidized housing is just for people on welfare or disability. People who have a job with a decent wage don't qualify. Metro Vancouver Housing Corporation is a government agency that serves everyone. They have affordable rental units for people who work as well as subsidized units for people who can't. Unfortunately under Christy Clark's government the MVHC became profit obsessed and just wanted to tear down good townhouses to build high density condos on top of them so they can make more money. Young families need townhouses not condos. We will see if the MVHC finds their moral compass under the leadership of the NDP.