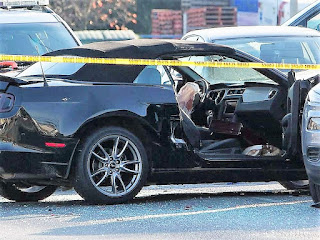 Global is reporting that "A B.C. Supreme Court judge has found Oscar Arfmann guilty of first-degree murder in the shooting death of Abbotsford police officer John Davidson. Madame Justice Carol Ross found the Crown had proven beyond a reasonable doubt that Arfmann is the man who shot Davidson.

However, Arfmann could still be found not criminally responsible for the killing. After delivering her verdict, Ross ordered a second psychiatric assessment of Arfmann to determine his mental state at the time of the shooting. The order came after Arfmann’s lawyer submitted that his client suffers schizophrenia and was suffering from it the day Davidson was killed." That is obscene.

Posted by Dennis Watson at 2:32 AM