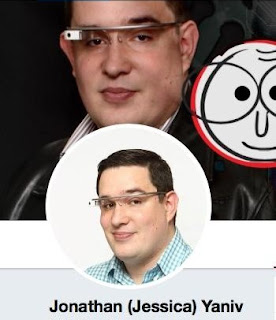 The Vancouver Sun is reporting that "A transgender B.C. woman who filed complaints against several estheticians who refused to provide intimate waxing services has had her complaints dismissed. Jessica Yaniv is also ordered to pay $2,000 each to three of the respondents for her improper conduct, according to the decision released Tuesday and authored by Human Rights Tribunal member Devyn Cousineau."

"The original complaints were filed after Yaniv sought genital waxing services from several service providers in the Vancouver area through Facebook Marketplace and was refused after she made it known she has a penis and scrotum. Many of the providers operated out of their homes or were women whose first language wasn’t English."

"Cousineau found that the industry-accepted definition of a brazilian wax is the hair removal for an individual with female parts, while what Yaniv sought was hair removal for male parts, more commonly known as a brozilian or a manzilian. None of the service providers listed as respondents offered brozilians or manzilians."

As I previously said, this whole case was a complete fraud. This was a predator sexually harassing women and the tribunal was justified in dismissing the complaint with costs.

Jessica used to work for the same company I do. Back when she was known as Jonathon. We even worked at the same location several years ago although I now work at a new location with the same company. I remember when she was a he and got fired for sexual harassment. He kept hitting on a pretty young girl and wouldn't take no for an answer. Unlike at the RCMP, my employer obeys the law and fires people for sexual harassment.