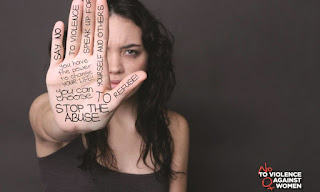 Jonathan Yaniv who now goes by the name Jesse is a transgender bully abusing and harassing women. The Post Millennial is reporting that "The truth about Jessica Yaniv is beginning to emerge." Indeed it is. "In 2018, Yaniv filed 16 human rights complaints with the British Columbia Human Rights Tribunal, charging various waxing and esthetic salon workers with transphobic discrimination for declining to provide waxing and other beautification services to her male genitals. Each of these salons or salon workers had specifically indicated they only provided intimate area services to female clients."

Jonathanyaniv.org is reporting that "Wearing the guise of a marginalized person, Jonathan has sued 16 different beauticians for refusing to wax his penis and testicles. Since then, he has been uncovered by dozens of women as being a sex pest interested in naïve, young, developing girls." Likewise, Womenarehuman.com is reporting that "A biologically male person who identifies as a woman was recently called out by a previous supporter and fellow member of the transgender community for allegedly sexually targeting adolescent girls."

There's more. This next one I'm going to present as a hypothetical situation. What if I found out that someone I used to work with was using the transgender movement to abuse young girls? What if I knew someone was once fired for sexual harassment. I remember the event. Somewhere I used to work, a creepy guy was fired for sexually harassing a cute young girl. She was in a relationship and he would not take no for an answer. I remember that.

What if I found out that same person pretended to be transgender and milked that movement to prey on more young women? Would it not be my duty and moral obligation to warn others of that sexual predator who is exploiting the transgender movement for their own misguided purposes?

Truth will prevail so it will.