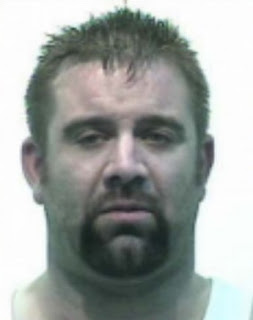 The Naniamo News is reporting that "Nearly beating a man to death and having close to $1 million in hard drugs earned a prolific Nanaimo criminal nine years behind bars. Colin Lamontagne was sentenced at the Supreme Court of BC in Nanaimo on Friday, July 19 for the November 2016 incident. He previously pleaded guilty to tying up and beating a drug addict over unpaid debt. A taser was used on the man in a Ninth St. home."

We remember Colin. He certainly isn't notorious so I wish the media would stop over using that term. He was with the Veterans MC but they kicked him out after his first drug charge. He has had several charges since then.

As to the most recent drug charge Colin was found with a significant amount of drugs packaged for sale, including heroin containing fentanyl and carfentanil as well as two 20 litre buckets of the date-rape drug GHB. That spells sh*tbag all on it's own but there's more. "Lamontagne was convicted in 2018 to four years in prison for the 2015 manslaughter of a friend in Victoria. When his friend suffered a severe drug-induced reaction, Lamontagne wrapped him up, beat him and tried to subdue him with a headlock, rather than call for medical help."

The guy needs to spend some time with Dr Phil so he does.