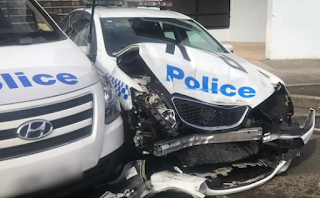 The Guardian is reporting that "New South Wales police have hailed one of the “easiest” drug busts in history after a driver allegedly crashed a van carrying $200m worth of the drug ice into parked cop cars outside a station in Sydney’s north-west. The 26-year-old man, from Berala, was facing three charges including drug trafficking and negligent driving, NSW police said. The crash happened on Monday at 10.30am outside Eastwood police station and officers said the Toyota HiAce did not stop. Officers heard a loud bang and checked video surveillance.

One of the police vehicles – a Holden Commodore – was written off while the other was slightly damaged. Police caught up with the man in the nearby suburb of Ryde, searched the van and seized 273kg of methylamphetamine, known as ice, which has an estimated potential street value of more than $200m." Sounds like the driver was using some of the product. 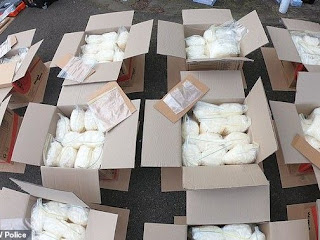