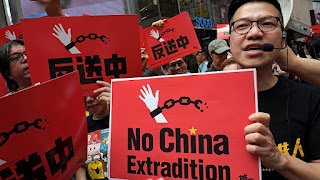 CNN is reporting that "Hundreds of protesters in Hong Kong swarmed into the legislature's main building Monday night, tearing down portraits of legislative leaders and spray-painting pro-democracy slogans on the walls of the main chamber. The sharp escalation in tactics came on the anniversary of the former British colony's return to China, a city holiday, and reflected mounting frustration with Hong Kong's leader for not responding to protesters' demands after several weeks of demonstrations."

The Guardian is posting live updates as China's Communism crushes another protest umbrella protest. We remember the Tiananmen square massacre. That really did happen. After the famous stand off Communist China used live ammunition on protesters and crushed the cry for democracy. Then they censored that true information from the internet within mainland China and pretended it never happened at all. Buyer Beware.

China is not an ally. Executing political prisoners for organ harvesting is not a good thing. Euronews has posted actual interviews of the Hong Kong protesters concerns. China is breaking the agreement it signed with England when Hong Kong was handed over to them in 1997. 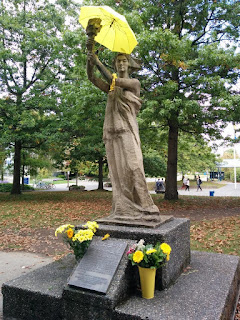 Reports are coning in from Hong Kong claiming that the Chinese police are going in under cover as agent provocateurs starting violence to rationalize a violent crackdown.