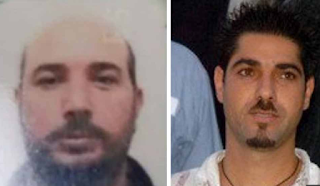 Israel 24 News is reporting that "Two Israelis shot dead in Mexico City were involved in money laundering and had links to local mafias, Mexico's government said on Friday." BBC is reporting that "Israel's embassy in Mexico said the men had criminal records in both Israel and Mexico, while Israeli local media has claimed Sutchi was well-known within Israel's criminal underworld."

You guessed it. News Now Vegas and the Borderland Beat are both referring to Sutchi as an ex Mossad agent. No big surprise there. Mossad, the CIA and drug trafficking. They all go together.