RCMP Officer sentenced to10 years for cocaine theft and trafficking 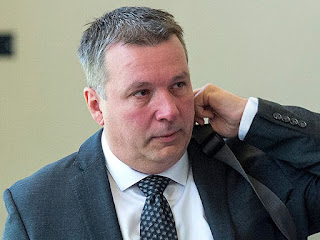 CTV is reporting that "A judge sentenced a former high-ranking RCMP officer to 10 years in prison for stealing and selling $300,000 worth of cocaine Thursday, saying the egregious breach of trust compromised the national police force and resulted in a remarkable fall from grace. Justice James Chipman said 51-year-old retired staff sergeant Craig Robert Burnett's corruption led him to exploit the very law he was sworn to uphold. Rather than acting according to the core values of the RCMP, he behaved dishonestly when he manipulated the system to covertly steal approximately 10 kilograms of cocaine," then gave it to a friend to sell on the street.